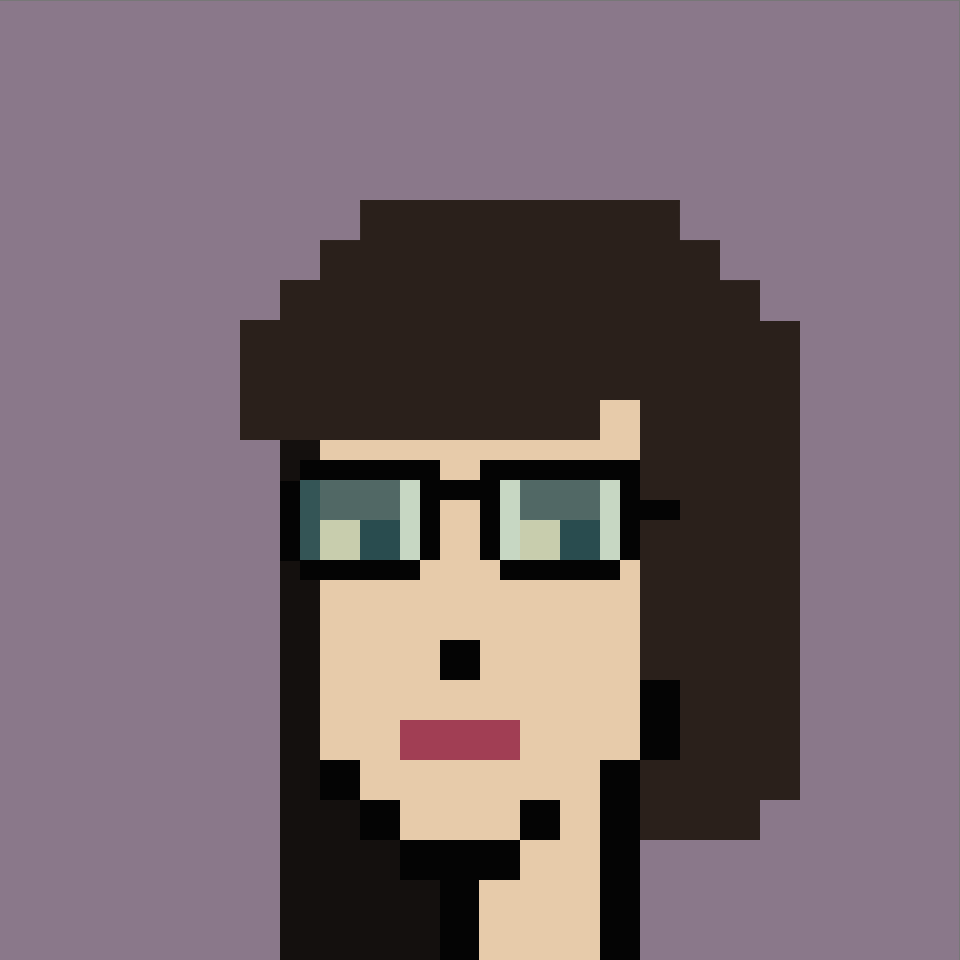 I, JL Maxcy, am the type of person to leave early for every appointment. I like to take my sweet time travelling in, have the right music and not worry if there is a delay. I feel comfortable knowing I have time. Furthermore, I never want to arrive at any destination hurried and stressed from the anxiety rushing brings me. I prefer to make life as carefree as possible; this includes my creative process.

Thus, my method for interviewing is similarly very relaxed. I prefer to work via text, usually on Discord or via Twitter DMs. I will send over 3-5ish questions and then wait for a reply. I know the journey is essential. I try not to have any expectations and let the interviewee drive the pace of the interview. I respect their time, so I like to make myself available when they respond to enable the most possibilities, but I never want to seem pushy. I know how it feels to be rushed, and I'm not too fond of it.

I started this interview with Robek World (aka RWX), thinking we would chat and promote their latest project called RWX Quest. After discussing it a bit, it became clear to me that there isn’t much more info I could share about the quests that doesn’t already exist in the world. Robek has already written a couple of blogs about it.

There is even a wiki page set up to archive the lore of the project, and the website and OpenSea collections show you all you need to know. For those with curiosity, these links should be enough to entice you to join. Job done, RWX Quest promoted. Sweet! It would have been a very easy/boring blog to write.

Therefore, I thought it would be more interesting to talk about Robek, the artist and why I believe RWX will be one of the few crypto art influencers (RWX will hate I called them this) to withstand the test of time and make it into the art history books. (metaphorically, that is. I know the future won’t have books). Robek’s art-making methods, personality, effect on the community and the sheer volume of their internet presence make them a candidate at the very least.

Full disclosure, I have several RWX quest stamps in my wallet, and Robek has collected 3 of my NFTs. I have interviewed them before about curating their collection and their satirical pfp project called The Avatar Project. After doing my own research, I’m a Robek fan, and the following is my own opinion (and a sprinkling of quoted statements). I will dump all the links for the resources I used for this article at the end for all you reasonable fact-checkers.

Hello Metaversians, Welcome to Cooltopia! A young digital city ruled by Blue Cat and 9999 other indigo kittens. As with any boomtown, the local population of Cooltopia almost tripled in only a few months, but unlike boomtowns of the 20th century, Cooltopia’s expansion wasn’t gold rush related. Instead, a mysterious event occurred as the cats settled into their new homes and new lives.

No cat is 100% sure where the nineteen thousand plus eggs originated. They appeared as they dropped from the sky, except that can’t be how they arrived. That would have just smashed them to a million pieces, right? Some Cool Cats believed that the eggs were bounty from the almighty Founders, but I, like most other Cooltopian scientists, believe the Founders don’t exist. We prefer to look at the facts and observations than assign divine intervention as the cause.

After attempting many things, cats discovered that if you made an offering to the egg, it would absorb it. Truly fascinating watching red balloons and unlucky sticks move through the delicate shells. What a historical evolution of osmosis! After five offerings, the eggs began to hatch. Thank goodness the creatures that emerged (now called Cool Pets) were friendly, mostly. Scientists noted some correlation between the items offered and the element that emerged. Their diet affected their appearance, but it also dictated the hatchlings’ proficiency in elemental skills.

Most cats aren’t that interested in the science. They are more enamoured by how helpful the little critters are. Pets have already helped catch pigs and relocate bees. Hell, they have found Trevor at least 100 times. The Cooltopians have put these little cuties to work. I believe most cats think these pets ‘belong’ to them, gifts from their gods meant to do their bidding and fetch them their milk. Unfortunately, these cats don’t realise that these little cuties aren’t done growing, and I have proof. Let’s observe.

I can’t tell you which creatives I have been speaking to this week. Partly because I am not allowed to, but mostly because I don’t know who they are. They have chosen to remain anonymous. So, I did my best to relate to them while respecting their choices.

The reasons for their anonymity varies. One chooses Twitter anonymity but had no problem divulging their first name and approximate location in our DMs. I was honoured by their trust in me. This brand of anonymity feels a bit non-committal and is, perhaps, an excellent way for an emerging artist to dip their toe into the metaverse. One anon refused to divulge anything, not age, not gender, nothing but their art. They have even adopted their own sort of language, which I like to imagine is a clever device to disguise themselves further, but in reality, it could just be the authentic voice of an unknown. I think this method is best for keeping the focus on the art and the brand. Yet another anon chose to use masterful misdirection, planting ideas real and false to sow unquestionable doubt. This anon’s reasons for anonymity were extensive and intentionally vague, and speaking with them felt more like a game. Each strategy has its merit for safeguarding identity, and each reason for anonymity is valid, but will it help sell art? Maybe.

I enjoyed watching and reading while they each worked hard to connect and conceal themselves. It was interesting. I did often find myself wondering who they are in real life, and I recognise that to some anons, that mystery is currency. However, I resisted searching for their identities. I don’t have the time or the capability to creep. Nor do I ever wish to violate anyone’s privacy. I only want to see what they want to show me.

Recently, I have been thinking about trust and navigating personal relationships in this new world rife with scams and anonymity. I want to give you advice on establishing trust, identifying bad actors, and protecting yourself, your time, and your energy. Sadly, I’m not sure I can. I have not been here long enough to make any educated claims, and most of my experiments have been unsuccessful. Instead, I will share my current thoughts on the tiers of my relationships and give some insights into how I relate currently. Who knows if it will be helpful to anyone but me.

For each person, trusting times vary, and for each type of relationship, various degrees of trust must be established before progressing to the next level. I would say I trust only a handful of people in NFT Land at all, and even those relationships make me uneasy at times. Still, that’s what intimacy is, giving and taking until you don’t have to question trust, or at least doubt it less frequently. I think of it as gatekeeping my peace of mind.

I love going back to work after a holiday. I always have a refreshed energy and can quickly find a stride in my workflow. I get great satisfaction from productivity and obsessively enjoy ticking things off lists; tiny gratifications, daily. I try to build success into my routine, and being task-oriented and people-focused has allowed me to find success in various managerial roles. So this week, while I was settling into the work, I wanted to chat with someone else who enjoys productivity, Jennifer Adekyn, aka, Flashfoxart.

JL: Hey, Lady. Want to interview for my blog?

I knew of Robek very early in my NFT journey. I love curating, and Robek’s name kept popping up. They seemed to collect a lot of the same artworks that caught my eye. I admired the then 125 artwork collection on Foundation and followed Robek on social media.

When writing this article, there were 469 artworks on FND, including a couple of my paintings. Since March, Robek has continued to add to their collection. I am grateful that I chased enough rabbit holes to bump into Robek on my NFT journey, a sentiment that seems to be shared by many.

JL: Would you do a blog article about your collection? I would love to curate something and ask you some questions.